It is a cold and dark January evening when we ring the bell to Kamilla Ingibergsdóttir’s apartment in Reykjavík. She buzzes us in and before we know it we are sitting in her kitchen and she is preparing a cup of Guatemalan cacao for us. A decade ago, Kamilla graduated from team 12 at the Kaospilots. These days she teaches yoga and meditation and runs a business in Reykjavík selling pure ceremonial grade cacao from Guatemala. As she makes our cups ready and we drink our first sips, Kamilla starts telling us about life post-Kaospilot, burnout, and finding calm in a stressful world. 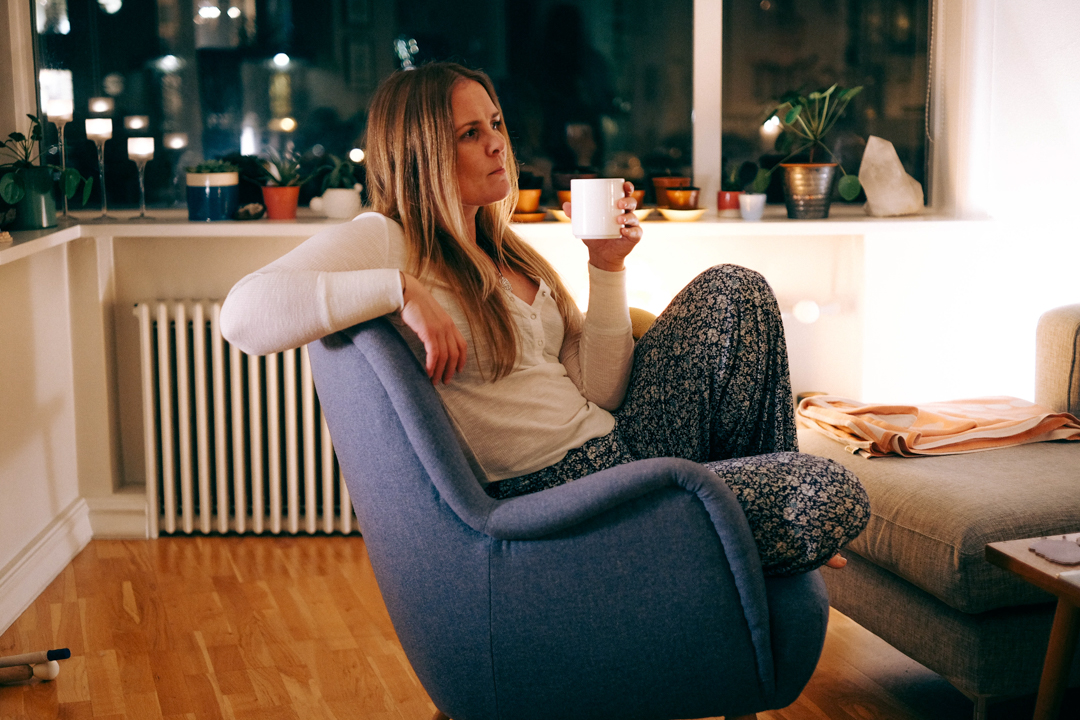 “I met a fellow yoga teacher the other day that told me she no longer wanted to introduce herself by her profession. I asked what her title would be instead and she said “I am love, I am light””, says Kamilla when we ask her who she is. “I thought it was pretty nice, but then again we live in a world where we are almost obligated to introduce ourselves with our job title, I can’t just walk around telling people “my name is Kamilla and I am light.” So, I am Kamilla, I am a yoga- and meditation teacher, I organise retreats and I work a lot with and sell pure ceremonial grade cacao from Guatemala.” 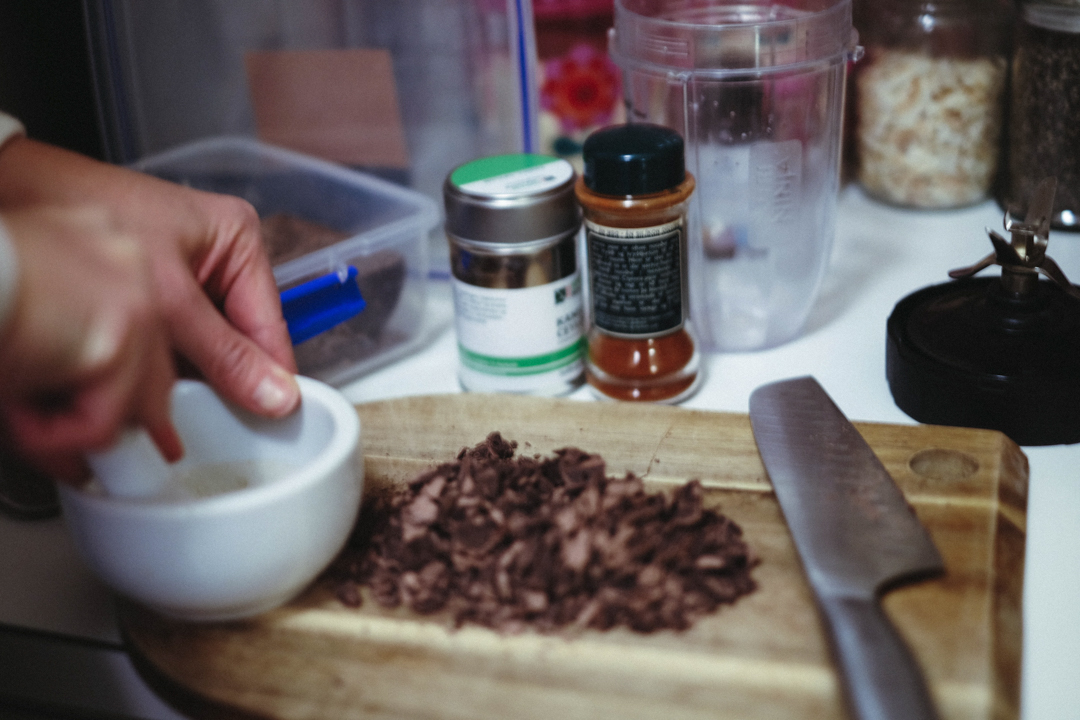 Cacao has played a crucial role in the culture of the Mayans in Central-America and its use has been traced back 3800 years. It was held in such high esteem that Mayans called it the “food of the gods.” The cacao plant contains the highest quantity of magnesium and antioxidants of all plants. Furthermore it contains phenylethylamine (PEA), a chemical we produce when we are in love, encourages the release of serotonin in our bodies and decreases the stress hormone cortisol.

There was no aim to end this six month period by starting my own company and becoming some “Cacao-Princess” in Iceland. 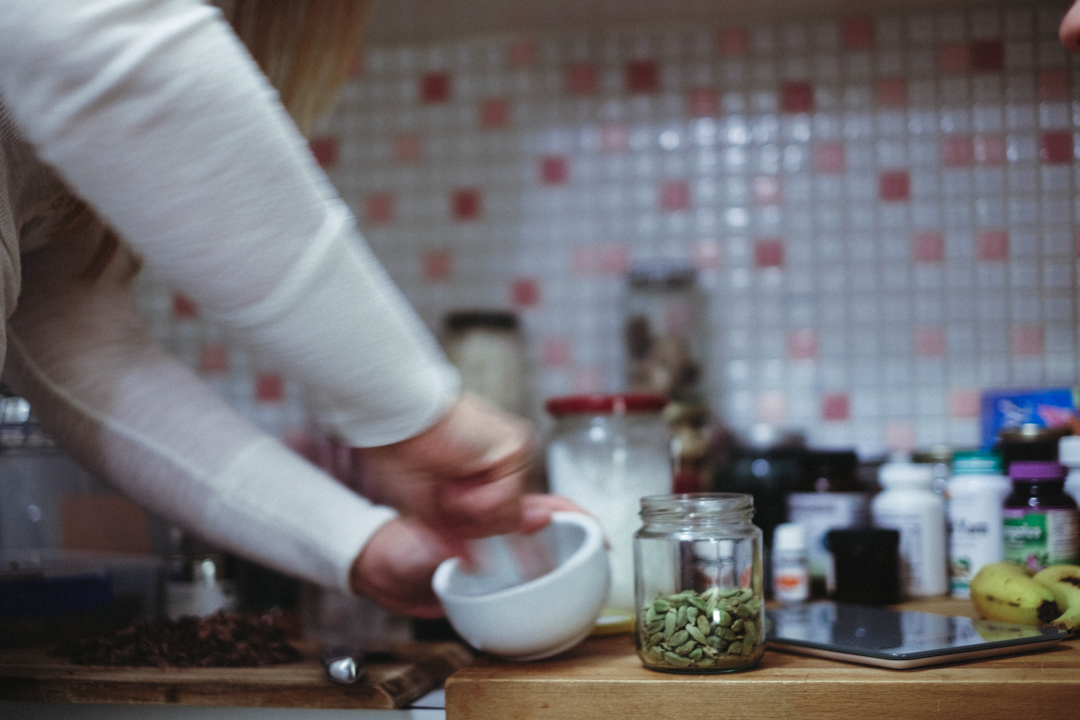 Kamilla has dedicated the majority of her career working in various positions within the music industry. After graduating in 2008 she went on to work with the Icelandic Music Export and later became PR and Marketing Manager for the Iceland Airwaves music festival. After a few years she had worked herself into a burnout and had to take time off. Later she joined the Of Monsters and Men team and toured with the band all around the world. In 2016 Kamilla found that she was heading for another burnout and took a pivotal six month leave from everything she was working on

“It was  a pretty long period leading up to this burn out, but I think a genuine conscientiousness and doing what I thought society expected of me vs. what I wanted to do, made it a dilemma to make the step. But at one point I was pretty much unhappy in everything I did, even when I was working with my two biggest passions, music and travelling, there was no joy in what I was doing. And I was just left with the question “why?”. I had gone through a burnout once and I was heading toward my second one. There are a lot of things that I would like to be an expert at, but burnouts are not on that list.” 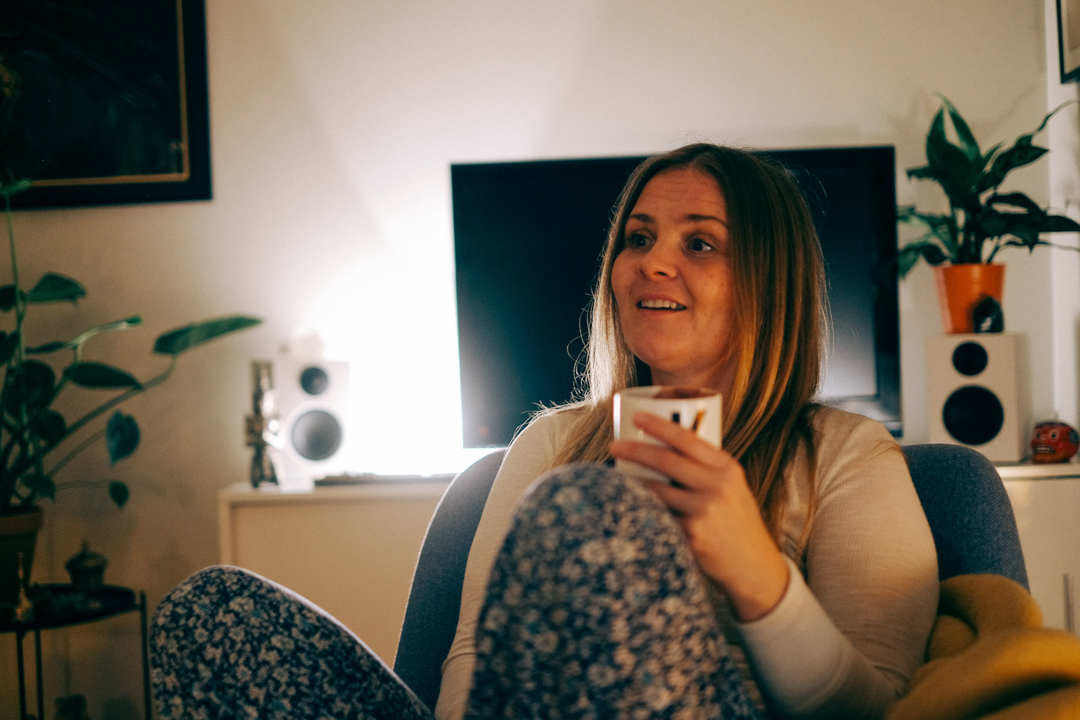 “Burnouts are becoming more and more common, with people ending up unable to work caused by too much workload and pressure. Which is terrible and we have to start doing something about it. In my earlier case I was not able to do two mundane things in the same day, like going to the grocery store and then the post office, without getting flu symptoms. My whole system was just a mess.”

“So in 2016 I had saved up money and was able to take six months off, in which I had no plans at all. I just drank cacao, played on my crystal bowl, went to the public pools, took long walks and did exactly what I needed. There was no aim to end this six month period by starting my own company and becoming some “Cacao-Princess” in Iceland,” she says and laughs, “but somehow that happened and here I am. I have learned to let go of planning and doing things how they are supposed to be done. Now I just do what I enjoy.” 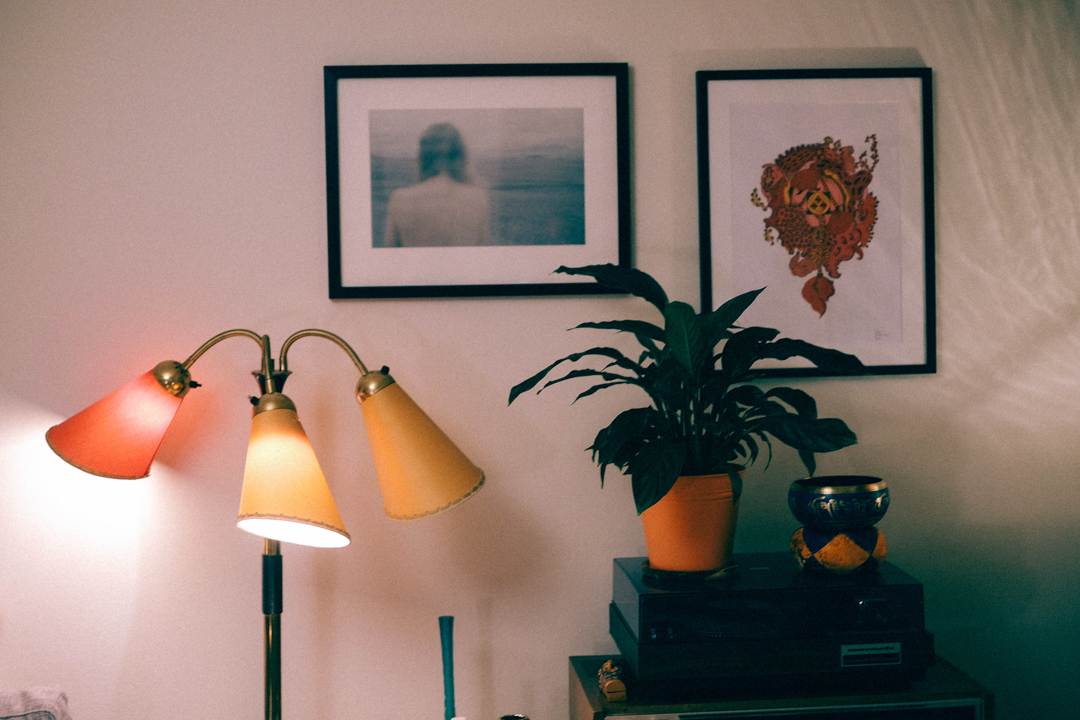 How do you manage to do that?

“I always lead with the questions “does this give me joy” and “who am I trying to please by doing this? Am I trying to please someone else or am I pleasing myself? We have to realise that, unless we have a child to take care of, we are the only person we are responsible for in this life. And a part of that responsibility is staying connected to ourselves and our emotional and physical health. To nurture our balance.” 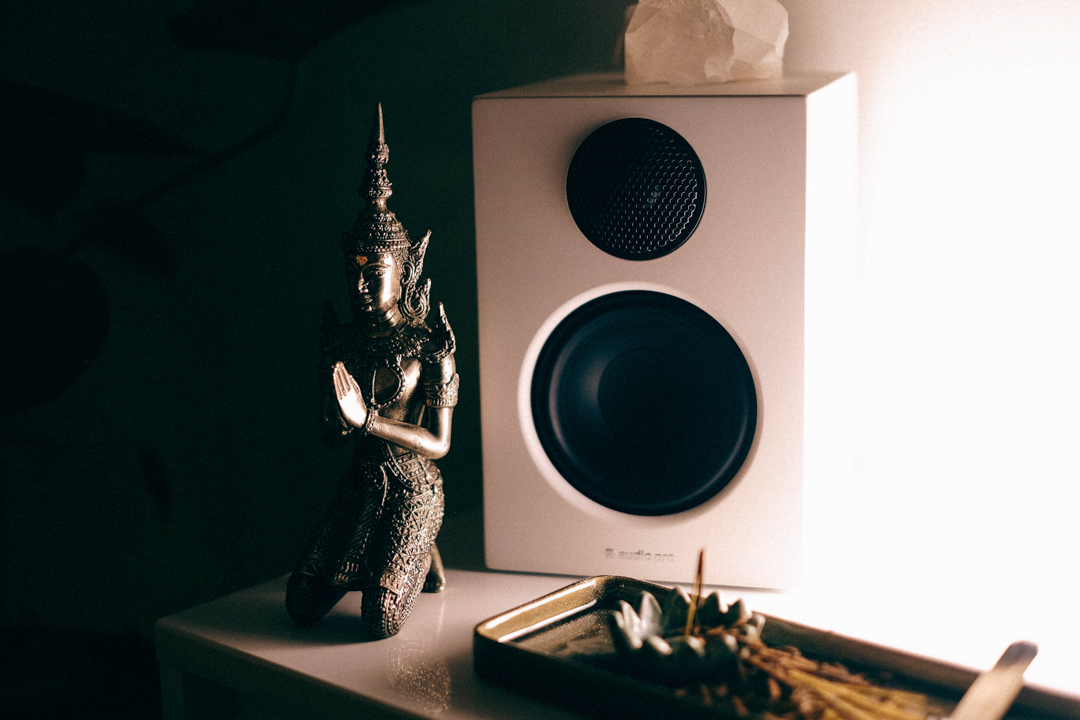 After changing your lifestyle, what do you mostly notice in people and society around you?

“Everybody is just so stressed and anxious and exhausted from overworking. In the past decades, things have advanced and changed so fast and our system is not used to the kind of pressure and load that comes with that. Such a big portion of the work we do is done in front of a computer, working with ideas and plans and numbers and etc. It is so abstract and we are overwhelmingly situated in our upper chakras. When we are primarily in our upper chakras, it is hard to stay grounded or connected to the rest of our bodies. Hence the imbalance along with its persistent stress. In the culture of some Native Americans there is no word for disease, it is just imbalance. Are you dealing with some sort of insomnia or anxiety, then what is out of balance in your life? What is it that you have not worked through? The body has such a good memory, it stores all our experiences. And thus our physical and emotional health are correlated.”

“In the cacao meditations I facilitate, I mostly focus on breathing and relaxation. And I am constantly telling people to give themselves permission to relax. I think people find it hard, as if they are not allowed to relax for two hours on a Wednesday afternoon if they have two kids and a job. As if people are not allowed to do things they know are good for their well being.” 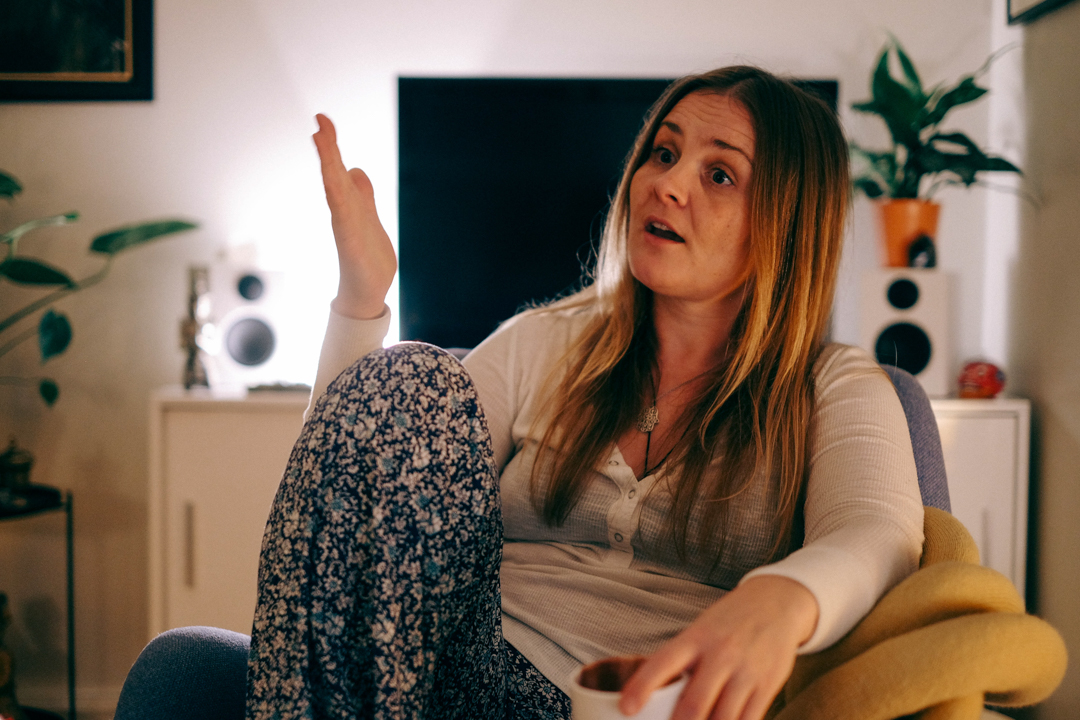 If I would just be meditating all day everyday, telling people we are all one and to come meet me up in the collective consciousness, I would not have much balance either.

So how might the average Joe start taking care of their well being to a greater extent?

“Start by listing down the things that make you happy in life. And as you proceed with your daily life and work, dare to ask yourself “is this something that makes me happy and gives me joy?”. Since it is all about balance, make sure you have a balance in your work and private life. If there is too much focus on one thing, there is automatically something else that gets too little attention and you are out of balance. The same goes for me even though I am working in the spiritual sector. If I would just be meditating all day everyday,” Kamilla crosses her legs and puts her palms together, “telling people we are all one and to come meet me up in the collective consciousness, I would not have much balance either.” 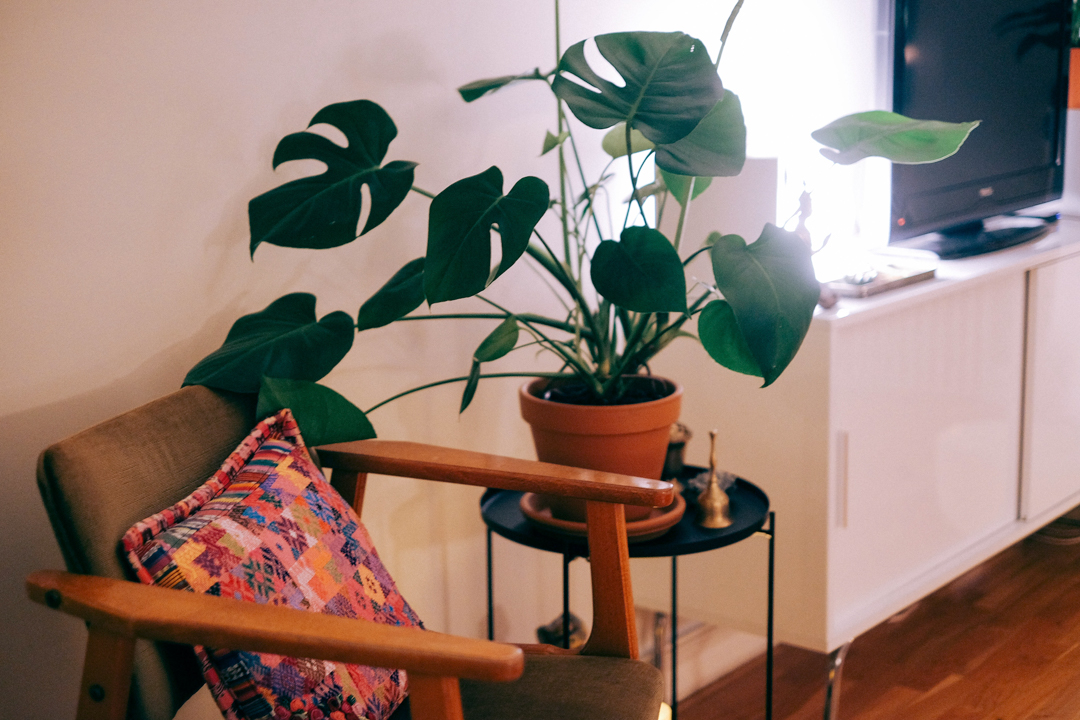 It is a common misconception that meditation is about emptying your brain from all thought. That is not the case, and in fact that is impossible since our mind is made to produce thoughts. While meditating our thoughts are still there, we are just not reacting to or judging them. Research has shown that by meditating more, we are able to change our minds and bodies and significantly reduce stress and anxiety in our lives. And the wonderful thing is that there are all sorts of meditational practices out there.

Just as children are so willing to learn, we need to hold on to that eagerness as adults. Not everything works at first try and it is the same with meditation as most other things in the world.

So let’s say our aforementioned average Joe is interested in meditation, how would you recommend them to get started?

Get a meditation app such as Headspace or Insight Timer, there are so many out there. Or just Google, there are tons of guided meditations on Youtube for example. It is important to understand that although we are adults, we still need to learn things in life. We need to learn to create balance, learn to meditate. I sometimes take the example of my little nephew who is learning to tie his shoelaces. Once we were going out and about together and he asked me whether he could tie my shoes for me. My laces were already tied but I told him of course, so he went down and untied them and tied them back again. With such a look of concentration, it was absolutely magical. Just as children are so willing to learn, we need to hold on to that eagerness as adults. Not everything works at first try and it is the same with meditation as most other things in the world.” 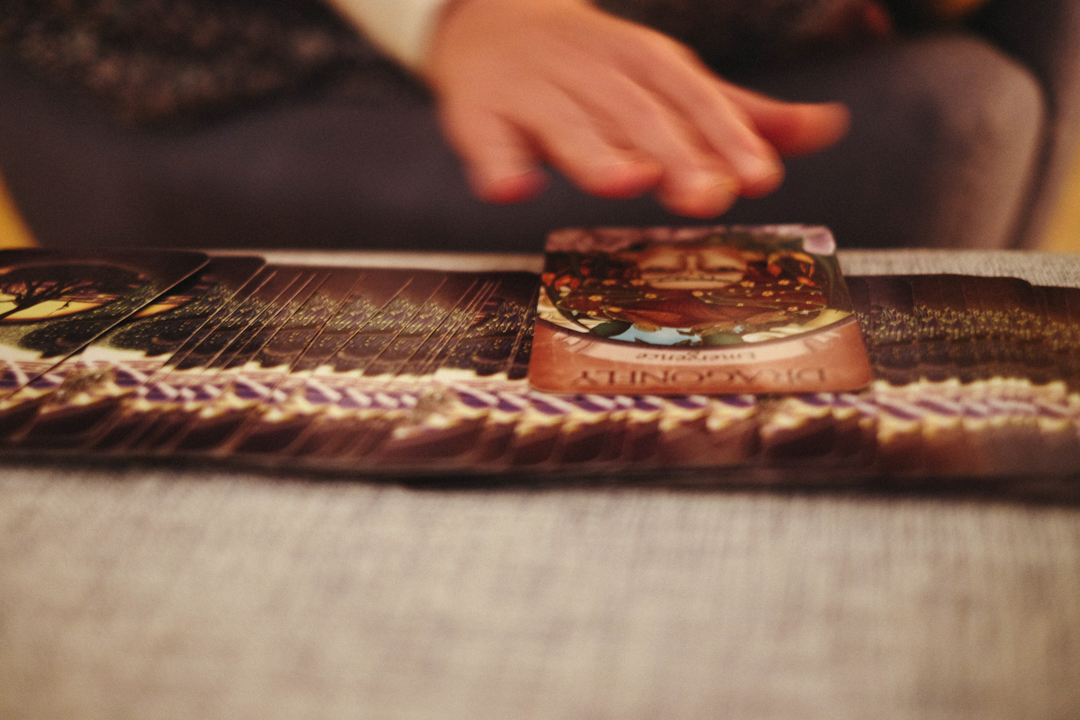 By now we have long finished our cups of cacao. Kamilla suggests we end the evening with some tarot reading and before we know the evening has turned into a late nighter. It is not until 2:00 AM that we make our way into the cold dark January night again, this time with our heart chakras warm and wide open.

Written By
Björk
More from Björk
In the days and weeks following #metoo, it seems like the magnetic...
Read More