On self doubt and overcoming it.

In an interview published on RADAR a few weeks ago, Kamilla Ingibergsdóttir talked about changing careers and the process which lead up to doing so. During the recording of the interview, Kamilla talked about having asked herself whether she was even allowed to leave a field where she was really experienced, and venture into a new one where she was still a rookie. I got so intrigued by the question „am I allowed to…“ that I decided to go down the rabbit hole and explore it further. With hope of finding out what might lead us to answer „yes“ with more ease. I spoke to Benedicte Maria Bech Pedersen and Júlíanna Ósk Hafberg who have both recently made the courageous decision of following their passion rather than their experience.

„Am I allowed to do that?“ is a question that both orignates from and regenerates self doubt. It gets us to question ourselves, our worth, identity and how we move in this world. A moderate amount of self-doubt is not a terrible thing, I’d like to argue. It can even be the healthy catalyst that keeps our ego from over inflating. Malcolm Levene once wrote for the Huffington Post that his self-doubt at times anchored him in his humility. 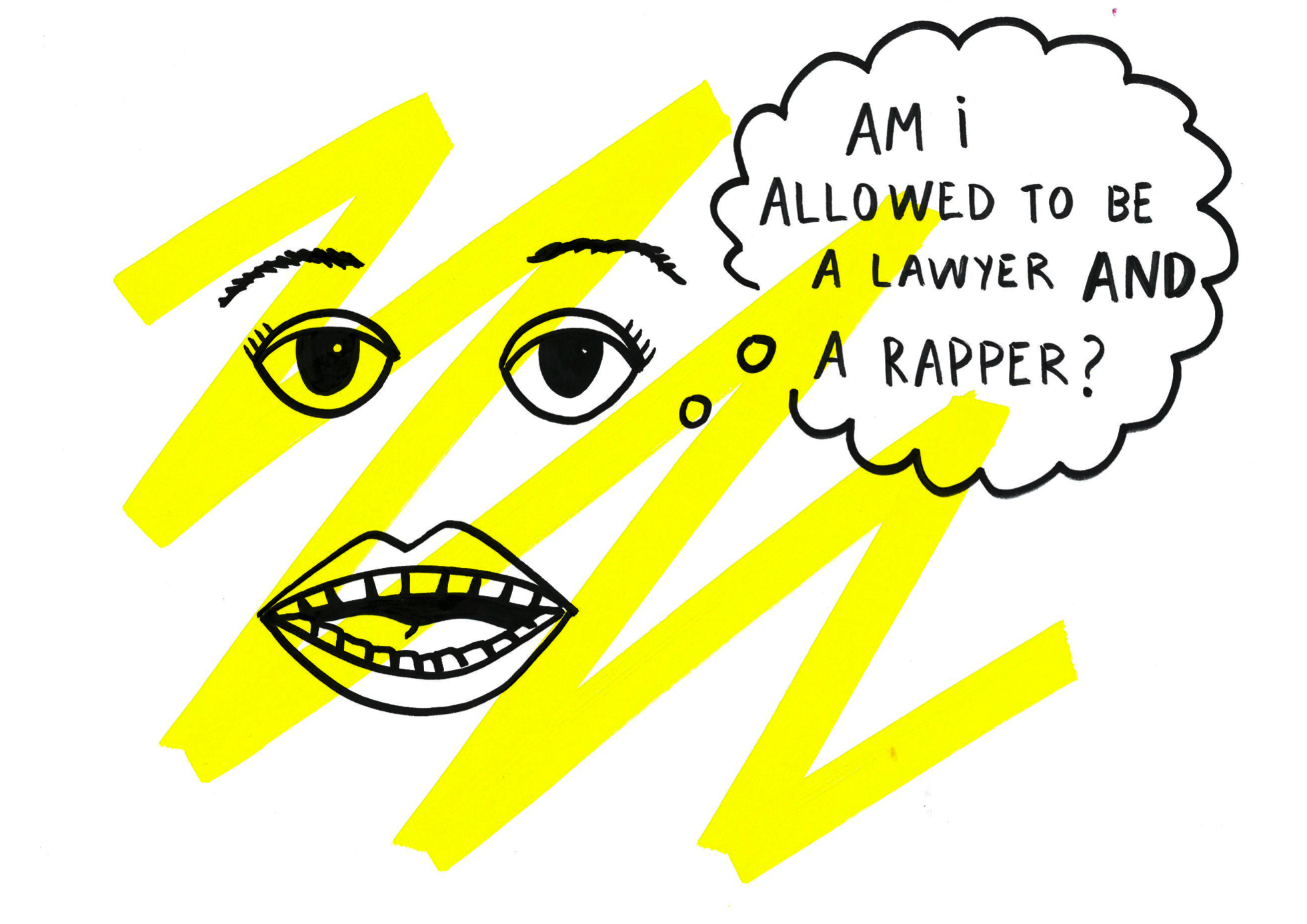 Benedicte Maria Bech Pedersen has lived in Copenhagen for the past 20 years but recently moved to Aarhus. She is an educated teacher and graphic designer and has worked with the latter for the past 15 years. When moving to Aarhus, she changed direction in her professional life and established Atelier Nué where she works with textures and artwork in leather.

What has been your identity in the past and how has it shaped your professional life?

Having worked as a graphic designer, it has affected me in such a way that I am quite selective. I like working minimalistic, I like cutting out disturbing things and letting the most important stand out. I am also good at communication and am used to tapping into various companies, finding out their visions and how they should look visually.

What change process are you in right now?

Right now, I am trying to change my work life. After giving birth to my son, time has become very important to me and I really want to do what makes me happy. Textiles and texture make me happy, so I started making large art pieces in leather. I am trying to make a living out of it, or maybe just 50% of my working life. It makes me so happy to handcraft and spend time away from the computer. I am now represented by two agencies so I’ve started to believe that I have something to offer to the market.

What gives you the courage to venture into a new field and try out new paths?

My son! If I didn’t have him, I would not have valued time as I do now. Being with him makes me aware of closeness and being happy, and I would like to have the same joy in my working life. Also, I am 43 so it has to be now, not later. And moving to another city made a big change easier. I kind of started from scratch when I moved from Copenhagen to Aarhus. I don’t have the same network as before, so I decided to build up my company and really put a lot of time and dedication into it.

Does doubt ever wash over you in this process and if so, what does it consist of?

Yes! Everyday! I don’t know if I can make a living out of this; will people buy my products, are they good enough etc. But it’s like I can’t stop. I am the experimenting type so I’m always curious how two materials will look when they’re put together. Even though I have my doubts, it’s like I can’t stop. But I have doubts all the time, I guess that’s how I am. It’s annoying but this is maybe also what pushes me forward…

Júlíanna is on her second year at Kaospilot. Before coming to the school, she graduated with a bachelor’s in fashion design. A few months ago Júlíanna decided to buy a tattoo gun and started tattooing. Thus, taking a step out of her predicted path of design and creative leadership.

What made you start tattooing?

It’s something I’ve always been interested in and somehow, I imagined I might be good at this. But it was always other people who did this, not me and I didn’t think that I might be allowed to do it as well. It wasn’t until 6 months ago that I finally realised that actually I can be one of those people who tattoos. But hey, I’m an experienced crafts-woman and that’s essentially what tattooing is, a craft.

Am I allowed to do this, what is your relation to this question?

Mmmm, what I find hard in this relation is that it’s incredibly difficult to break into this field. There is some monotone mindset about how you do it. You can’t study this anywhere, you can’t do a course or get some sort of accreditation as a tattoo artist. The “normal” way is doing an apprenticeship at a parlour for up to two years. It seems like there is a pretty negative vibe towards becoming a tattoo artist by breaking into this field on your own. This makes me ask myself “am I allowed to do this?” I frequently question whether I should be posting the tattoos I’ve done on social media. I mean, I’m still in the middle of this process.

What helps you overcome this feeling whenever it appears?

This is a thought I’ve been thinking about for years. We are so full of academic snobbery that you aren’t  allowed to do anything anymore unless you have a master’s degree in it. And the thing is, there are tons of people out there whose work I really admire, who are driven by passion and practice. They’re often producing much better works than those who have studied the same thing. So, I’m trying to remind myself that whether people acquired their skill by geeking out a craft or acquiring an education or went the “conventional way”,  it doesn’t really matter. And the same should go for me.

And how has your tattooing been received?

I’m not surrounded by people in this field so I don’t know what they are thinking. But the people that I am surrounded by find this really cool and every other person I tell this to asks if they can get a tattoo themselves. So, I’ve only been received positively. Actually, the only negative reaction I’ve gotten is from myself and my own thoughts, which is mostly because of this feeling that there are some unwritten rules that I’m not following. 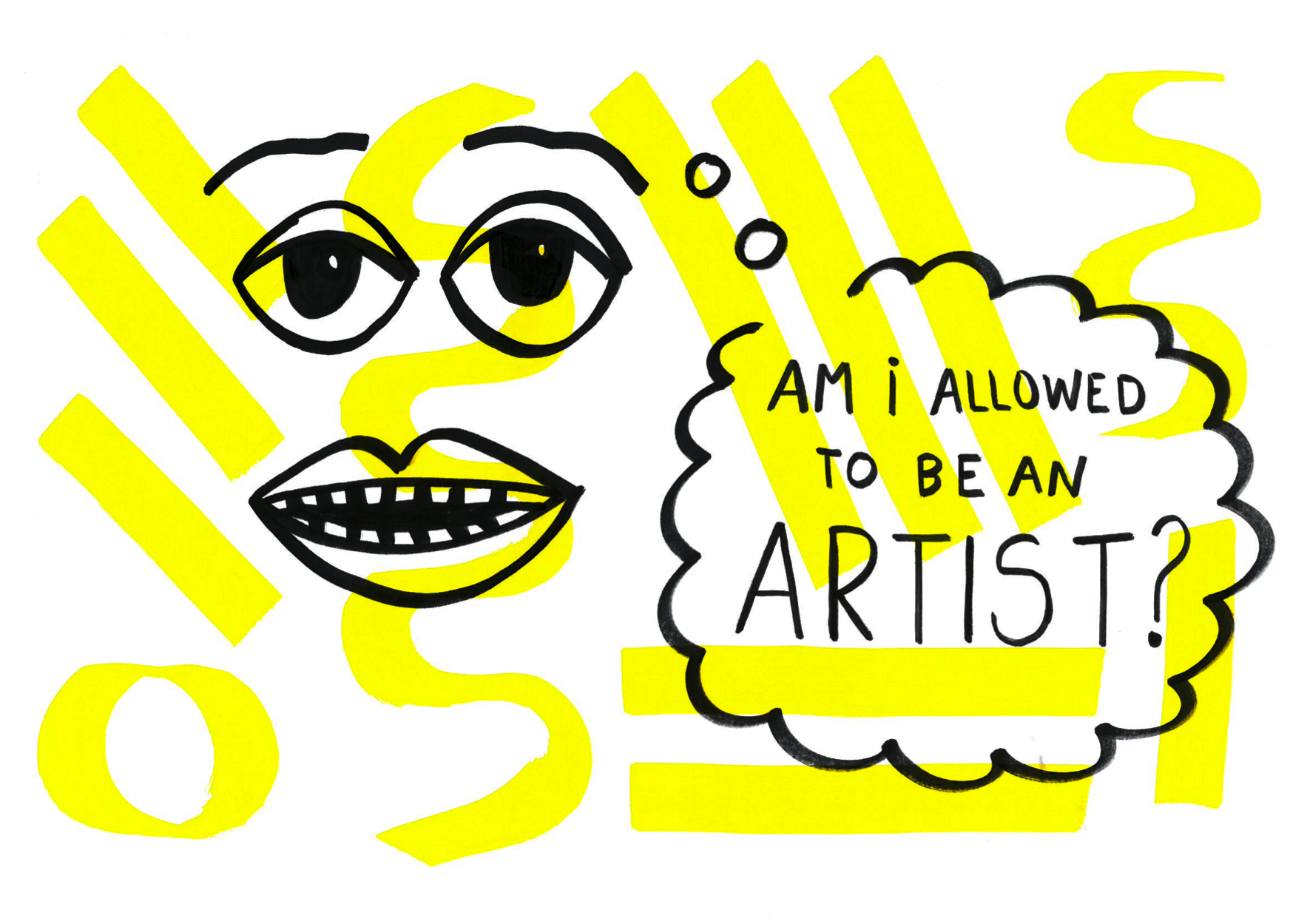 I guess there’s no recipe you can follow in order to overcome self doubt and “allowing yourself to…”. But from speaking to Benedicte and Júlíanna, and exploring these questions quietly in my own life, I’d like to come to the following conclusion for what makes it easier to answer “am I allowed to…” with a “yes”.

First of all, be your own biggest supporter. Don’t wait for others to give you the green light on your dreams, do so yourself. And let yourself to be bad at things before you become good, no matter your age or circumstance.

Second of all, communities matter so be your communities biggest supporter. When you find out that your friends or loved ones are exploring new interests, be their biggest cheerleader. It can mean the push they need to move from dreaming about their lives to living their lives. 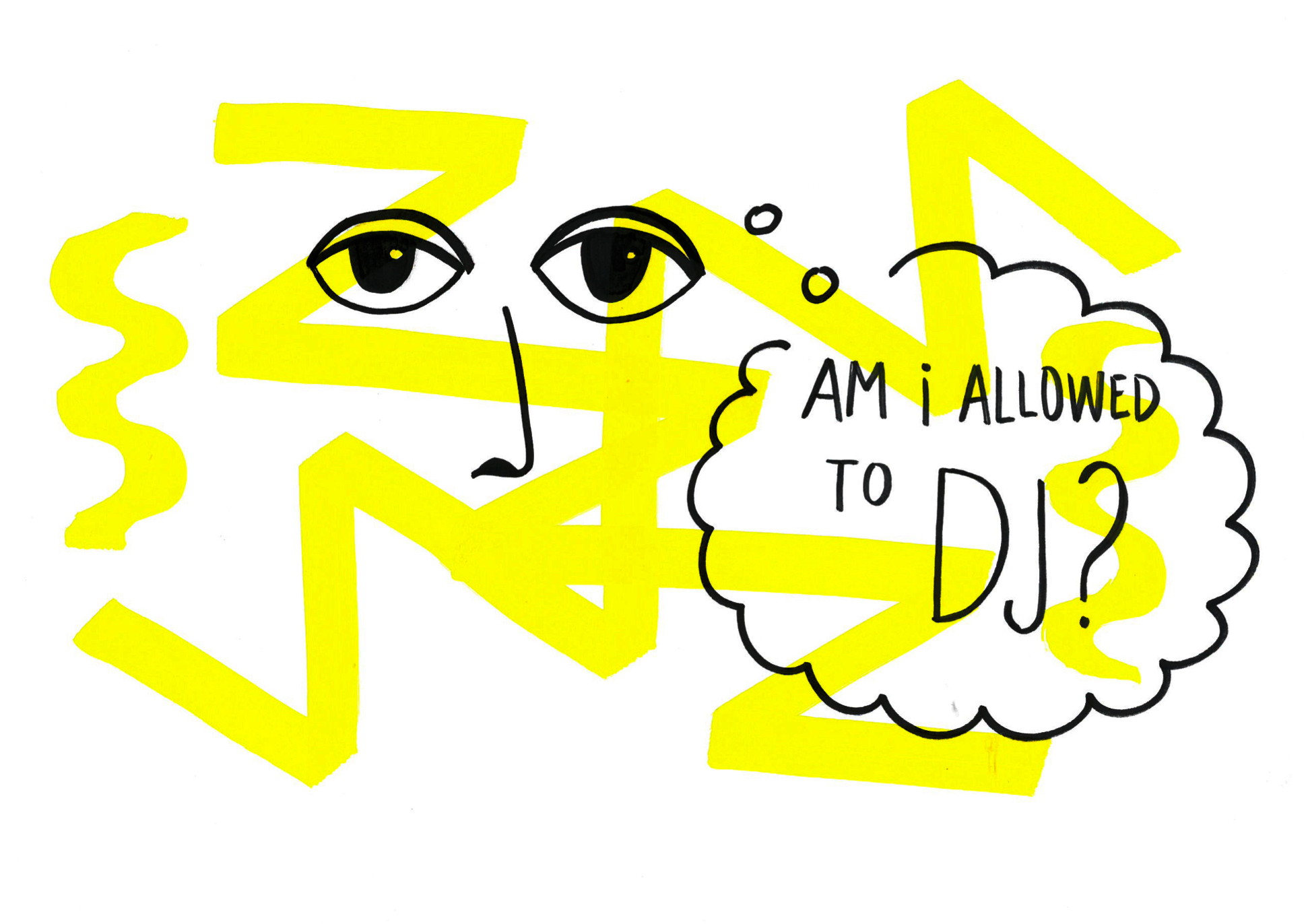 Written By
Björk
More from Björk
It is a cold and dark January evening when we ring the...
Read More