What is your background? What were your childhood dreams? Are there any special events or people who have helped shape you as a person? What main ingredients does a good life contain for you? What do you dream about today?

During the past two years, we’ve spent evenings and weekends asking these questions to people of all ages – and listening to their answers. Why? Because one November evening, under a subtle influence of a good port wine, we decided to portray two life courses from 0 to 100 years across people. This has resulted in the book “Fra 0 til 100 – 202 fortællinger om menneskeliv og drømme” or in English “From 0 to 100 – 202 stories about lives and dreams”, which was published in April 2018.

Our book consists of 202 portrait photos and life stories in the form of selected quotes from in-depth interviews. The participants are 101 men from 0 to 100 years old and 101 women from 0 to 100 years old. Each interview and each photo show a small “slice” or one angle of a life, as that life was perceived and felt at the time of the interview. They are like tips of icebergs in the sense that they do not present all the nuances, all the stories, or facial expressions. Instead, they give us a glimpse of one story out of many, in that person’s life.

The night we decided to start the project, we had an interesting and rather abstract conversation about life and the concept of age. We spoke about dreams and ideas, about the future, and about how we’d expected that our lives would look like when we turned 30. What was particularly interesting was the fact that none of us thought it looked like what we’d expected. Not that it looked bad – just that it was something else than what we had imagined when we were children, teenagers, or in our early 20s.

From the beginning, we perceived the creation of the book as a learning process. We approached this book with curiosity and open minds, as we hoped to learn a lot about people, their dreams and their expectations for life. We’ve definitely learned a lot through the process of driving around and meeting people in all corners of Denmark – we’ve not only learned a lot about people but also about ourselves. 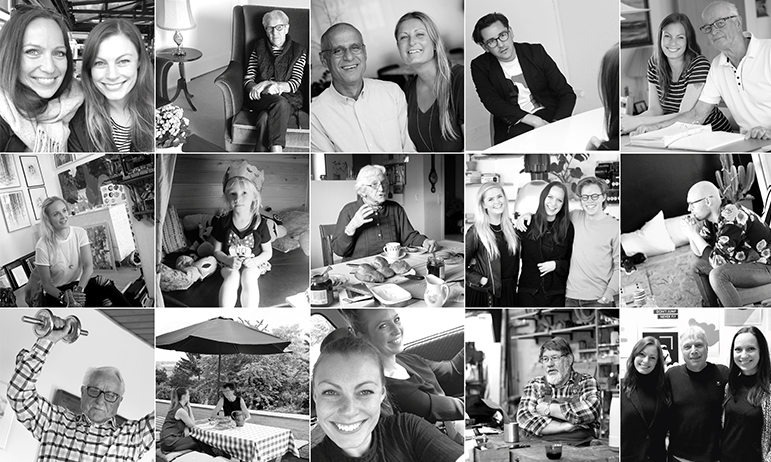 First of all, we have learned how alike, but also how different, we people are. We all have our own drama and we all have interesting stories to tell. But even though the stories are different and are being told in different ways, time after time, we saw the same themes appear in the stories: love, family, friendship, to lose, insecurity, fear, battle, and reaching something or somewhere. The latter was expressed in different ways, for example as a dream, a goal, or a random landing spot, which the person didn’t see coming – because he or she is not “the planning type”. The common themes appeared in most stories, regardless of gender, age, background, or occupation.

Another thing that we learned was how fluent the stories and thus people’s perception of their own life story is – both past, present, and future. As mentioned earlier, the stories in the book are written the exact way that they were told on that specific day. Several of our contributors mentioned that they might have answered differently if we had asked them the same question at a different point in time – for example the next day, three weeks earlier, or before they’d had lunch.

The many interviews, and subsequent processing of them, has given us the understanding that people’s self-images and perception of both past events and future opportunities is in constant motion and development. A life story can be seen as a changing mass that contains a number of universal themes that change colour and shape according to the development of the mind and its emotions. To recognize people’s perception of their own life story this way – as something fluent– is, in our opinion, interesting and also quite beautiful. But it can also feel overwhelming and difficult to grasp, for what does it mean for my own life story and my perception of myself? Is there no real truth here that I can stick to either?

Would that be possible? To just be a curios and open-minded spectator to the many versions of one’s own life story? And is that maybe what’s happening when we dream about the future?

It’s very human-like to seek to explain situations and sequences of events in a logic manner – as something thatisin a certain way. It’s a way for us to try to “freeze” the truth, put it into a box in our heads, and archive it on a mental shelf. And that’s really good and probably necessary for living a normal life and functioning well in society. But, having said that, it can also be quite fascinating to pursue the idea of the fluent truth (or absolute lack of truth), and to ride the wave for a while. Would that be possible? To just be a curios and open-minded spectator to the many versions of one’s own life story? And is that maybe what’s happening when we dream about the future? 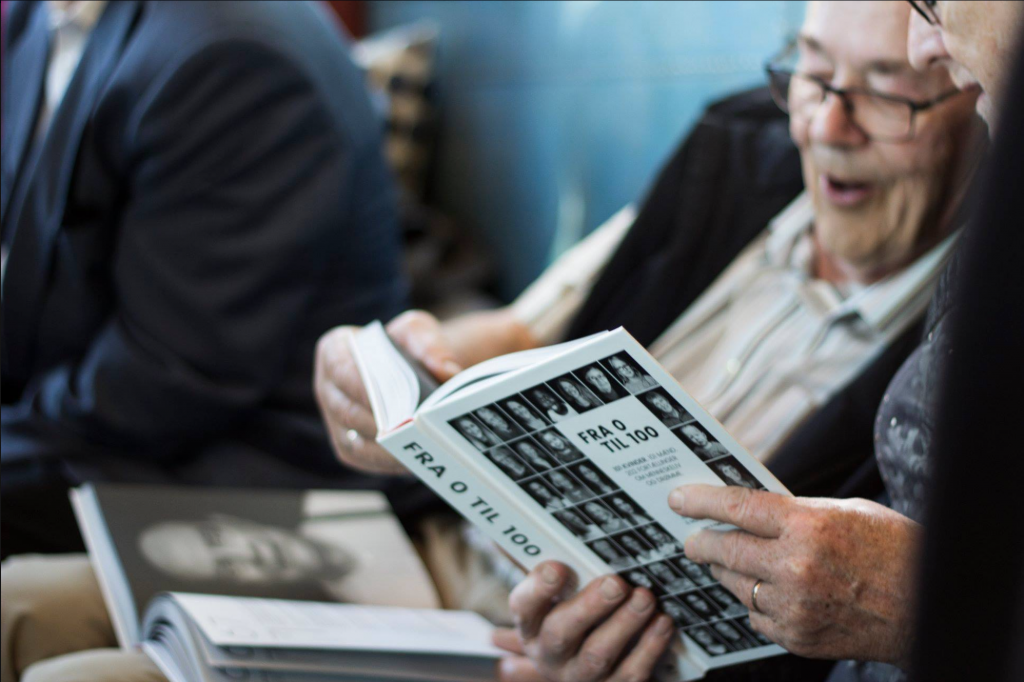 After making “Fra 0 til 100”, we don’t have all the answers to the above questions. However, we do have even more curious questions, which can kick-start interesting conversations between people – and that is our biggest dream and goal with this book.

Just listen and see what happens.

Finally, we have an invitation for you, which arises from yet another valuable learning we took with us from the process of making the book:

We are quite honoured by the openness we have met from the people we have interviewed. Many of these people have open-heartedly shared their life philosophies, pains, and joys whilst we have been listening hard, and in a different and more intense way than we do in our everyday life. That has given us some great, broadening, intimate, and moving experiences.

Therefore, we would like to invite you to try to listen more and harder in your own daily life. To take the time to listen and ask questions that go a little deeper and/or matter a bit more, without expecting that it will turn into a conversation – and without bringing your own story into the conversation. Just listen and see what happens. 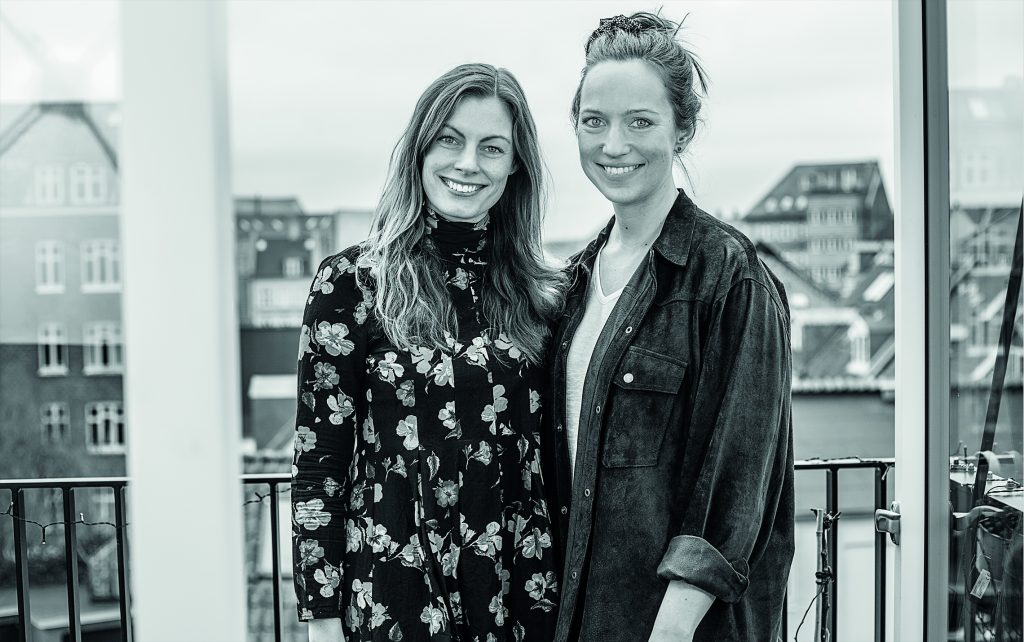 Maria (right) is a graphical designer. She runs the company KRIMS at the office space Kaospilot HIVE, where a lot of the interviews for ”Fra 0 til 100” has been taking place. Maria designs visual identities, logos, magazines, websites, packaging and much more, and she has, for example, designed the Kaospilot HIVE website.

Alexandra (left) is working as a marketing consultant at world’s largest sperm bank, CRYOS. There she focuses on online marketing disciplines such as social media and content in various forms. She is also co-founder of the Danish entrepreneur and career network Ladies First, which she ran for 4,5 years.

You can buy the book at: