In a recent workshop with actor and theatre performer- Stephen Rappaport, 2nd year students of the Enterprising Leadership Programme at KAOSPILOT, were asked to get naked- figuratively speaking of course.

The workshop, called Intuition in Action, had us confront all the things that get in the way of our being naked, pushing us through the various stages of resistance and into raw, unedited expression.

In a conversation with classmates afterwards, I asked into what it means for them to be vulnerable. They mentioned things like opening up to the possibility of being hurt; acknowledging that you don’t know everything; being authentic; putting down your weapons and armour; sharing something you’ve been thinking about for a long time but haven’t shared with anyone; going where there is resistance. These are not far from the technical definition of vulnerability- “the quality or state of being exposed to the possibility of being attacked or harmed, either physically or emotionally.”

I’ve come to think about vulnerability as exposure. It’s about getting naked- removing our protection. It’s about showing our true selves. I’m asked to jump into an uncomfortable space, where I must override my better judgement, perhaps even more so if in a high stakes work context. And so naturally, there is resistance. Why would I do this when the outcome is uncertain, unknown or maybe even unsafe? 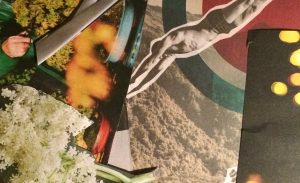 I could meet this resistance in one of two ways:

I’ve learned that the only things I ever regret are when I shy away from resistance and hold something back. Thinking to myself I’m somehow better off because I’ve ‘stayed safe’. And yet I know growth doesn’t happen in my comfort zone.

Practicing vulnerability is one powerful way to practice stepping out of your comfort zone. We as humans simultaneously fear exposing ourselves and value this expression in others. The challenge in expressing our vulnerability is something we share and oddly something we seem to want to hide. We want to see each other naked, both because the expression is beautiful and because it’s a point of connection and oneness.

Students at KAOSPILOT come from different countries, cultures and backgrounds. We don’t know the same things or think in the same ways. We’re thrown into project work and presented with deadlines that leave us no choice but to confront our differences. Quickly we need to build trust and a team culture. This isn’t always easy. As we get to know each other, we employ empathy as a tool to navigate these differences. But what does empathy actually mean and how do we do it?

In a culture where people are afraid to be vulnerable, you can’t have empathy. – Brené Brown

Empathy is defined as the ability to understand and share the feelings of another. A recent graduate of KAOSPILOT, Björk Brynjarsdóttir, once said to us that “the point isn’t to align but to deepen our empathy for perspectives different than our own.”

According to Brené Brown, a research professor at the University of Houston and author of The Power of Vulnerability, “in a culture where people are afraid to be vulnerable, you can’t have empathy.”

Without trust we don’t truly collaborate, you merely coordinate or at best, cooperate. It is trust that transforms a group of people into a team. – Stephen Covey

Vulnerability typically shows up in teams in the form of being open to potential criticism; trying something new and making a mistake; or allowing your approach to be questioned. When we role model vulnerability, which is to say when we ask a team member for feedback, take on a task we normally wouldn’t, say the controversial thing, take the controversial decision or seek input from another on a project, it allows team members to feel more comfortable being open and honest with their concerns, questions and roadblocks. It allows empathy to build, and ultimately supports a positive and trusting team culture.

Stephen Covey, hailed ‘management guru’ and New York Times bestselling author, has written that “without trust we don’t truly collaborate, you merely coordinate or at best, cooperate. It is trust that transforms a group of people into a team.”

And it’s vulnerability that makes that possible.

So why are we not throwing ourselves into the resistance every chance we get? Fair that we know all the reasons why we shouldn’t. And fair that it can feel super scary. But I say fuck it, open to the possibility of being hurt, ask stupid questions, acknowledge that you don’t know everything, say no, put yourself out there, feel your heart beating, reveal something.

Go where there is resistance and just see what happens; it’s time we all got a lot less armoured and a lot more naked. 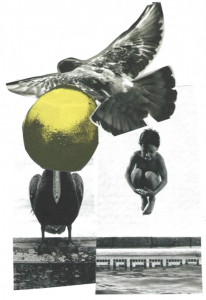 Written By
Emily
More from Emily
In a recent workshop with actor and theatre performer- Stephen Rappaport, 2nd...
Read More